What Is The Difference Between A Standard Flat Pan And Divided Pan?

Open pans that do not contain any dividers are called “Flat Pans” while pans that contain a series of channels are called “Divided Pans”. There are many different styles of pans that have dividers. However, for simplicity sake, we will illustrate only the standard Divided Pan in this article. 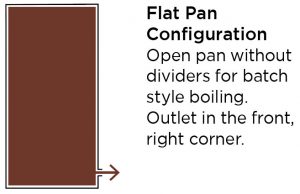 Flat Pans are for “Batch Boiling” which means you are creating one big batch of syrup. You simply continue boiling until the entire pan of syrup has reached 66% or greater sugar density. When that batch is done, you cannot make any more maple syrup unless you start a whole new batch from the beginning.

Generally speaking, Batch Boiling creates darker, more robust syrup than Continuous Flow boiling. If your goal is to make lighter, more delicate-flavored syrup, you may want to consider a Divided Flat Pan instead. Note: Regardless of what type of pan you use, late season syrup is always darker and more robust-tasting. 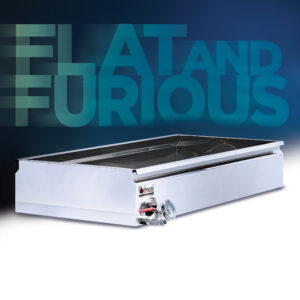 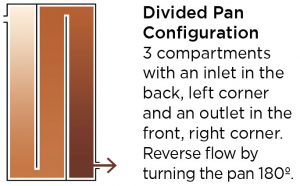 The channels inside a Divided Pan enable “Continuous Flow” boiling which basically means that you do NOT have to wait for the entire pan to become finished syrup. Rather, you will you will periodically draw off finished syrup in smaller amounts until you run out of sap and/or decide to quit for the season. 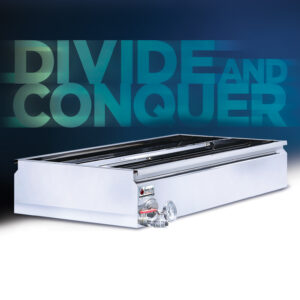 Related Article: How Does a Divided Pan Work?

There is a Chinese company out there who is manufacturing beginner maple syrup evaporator pans and is illegally trying to sell them under our brand names (Smoky Lake and Badgerland Mapleworks). WARNING! The counterfeits are NOT properly constructed and will NOT function as they should. Do NOT be fooled by fakes!!!! Jim and Angela have made a video to show you the differences.