Home / Is That A Maple Tree? 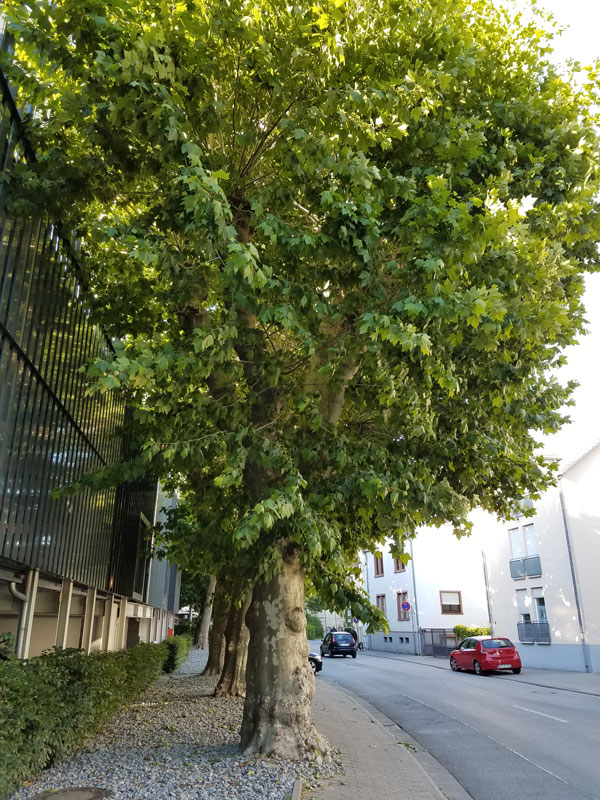 I took a nice walk today and leisurely surveyed the landscape as I strolled along. The sun was out, birds were singing German love songs and all was right with the world. La la la. And then Bam! Something caught my eye that stopped me dead in my tracks…

Is that a MAPLE LEAF on the sidewalk?! I paused to pick up the leaf and twirl its stem between my fingers as I examined it. Sure enough. The leaf had 3 large, distinct lobes with jagged edges and a main vein (aka a “midrib”) dividing the center of each lobe. Just like the maple back home, the midribs met at the base of the leaf (aka “palmate”). The indentation between each lobe (aka the “sinus”) was not as distinct as the maple leaves back home… but that’s got to be a maple. The parent tree casually held its thick, domed crown overhead. The delicate fingers of each branch held dense bouquets of these pretty leaves, dancing in the light breeze. “Yes. Maple. I found a maple tree.” I thought to myself. 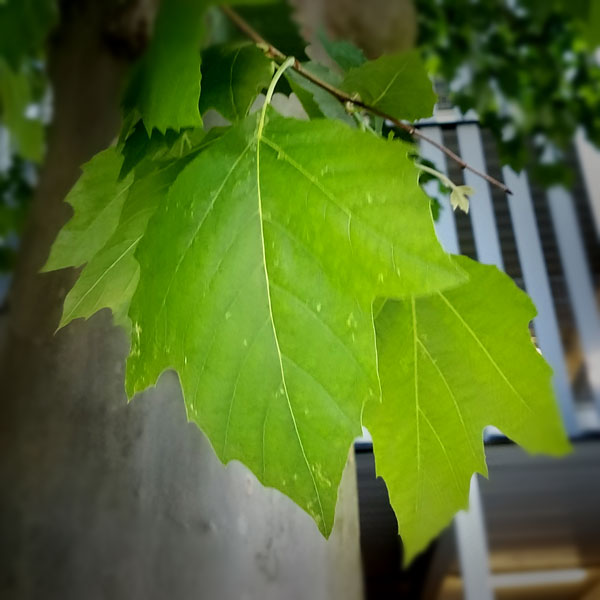 But waaaait a minute… My eyes traveled down the tree trunk in confusion. Look at that bark. It’s smooth? Whaaat? So it’s not a maple tree? I was intrigued and was compelled to do a little research when I returned to the hotel. 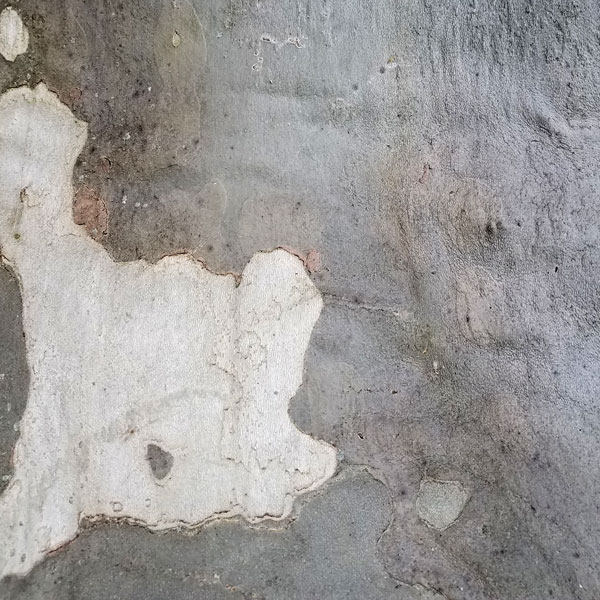 With Google’s help, I determined this was a sycamore (acer pseudoplatanus) which happens to be in the same genus as the Sugar Maple (acer saccharum). So that explains the familiar leaves. But the big question I know you are wondering right now is “Can you tap it?”. I know, because I was asking the same question.

So yes, the sycamore CAN be tapped and its sap made into syrup. Spring weather in Germany includes those favorable nights below freezing and days in the 40s too. I just wanted to shout it from the rooftops “Hey Germany! You should make syrup! Don’t you know you can tap these?”

The native distribution of this sycamore encompasses most of central and southern Europe. However, you can find a similar tree in the United States called the American sycamore (platanus occidentalis). It is not categorized in the acer genus—(like the sugar maples and the sycamore I found in Germany)—Rather the American sycamore is a member of the genus platanus. Don’t let that discourage you though. Pay no mind. TAP IT!

These photos from Virginia Tech University depict the bark, leaves and region of the American sycamore (platanus occidentalis) 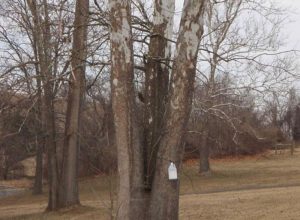 A tapped sycamore tree. Photo courtesy of Outdoor Life, an article titled, “How to Make Sycamore Syrup, Easy And Cheap“

I have read several accounts online of people who mix the maple sap and sycamore sap when making syrup. And one sycamore syrup enthusiast had noted that their sycamore syrup had more of a honey or butterscotch flavor than maple syrup.

There are other uses for the sycamore tree too! It’s a pretty cool tree. Wikipedia mentioned that sycamore sap has also been used to make various alcoholic/non-alcoholic beverages. I also learned that the fine grain of the timber makes it ideal for making instruments and utensils; the neck of a violin for example (see photo below). According to Plants For A Future, the tree has even been used to make a mild astringent face wash and the inner bark has been used to dress wounds. The sycamore is great for shade too. Despite being a bit messy, sycamore trees are commonly planted in urban environments because they are so tolerant of wind, pollution, drought and salt spray. 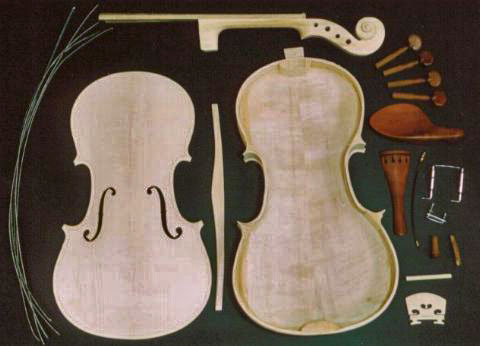 For more information about how sycamores are used in violins, check out “How to Make a Violin” at musicsorbonline.com

Another type of maple found in Germany is the Field Maple (acer campestre). Perhaps I will save that one for a separate blog post.

Do you Have a Sycamore Tree?

We encourage you to try tapping sycamores next maple season. We would love to hear about your experience. Please share your stories/insights with us in the comments below!

4 Responses to “Is That A Maple Tree?”