What is the Cottage Food Law?

As defined by the National Conference of State Legislatures:

The growing demand for locally produced or small-scale food products has led state legislatures to enact laws that limit or eliminate regulatory oversight of these products. Foods that are produced outside of a regulated commercial food establishment are commonly known as “cottage foods.”

Since the federal government has limited oversight regarding state food laws, it rarely preempts state efforts. The FDA Model Food Code does reference low-risk foods being safely prepared in homes and sold to the public at farmers markets or charity events. But the code affirms that potentially hazardous foods should be subject to regulatory oversight.

Cottage food efforts began during the last recession to promote local entrepreneurship, support local agriculture and allow for new food products to enter the market. Legislatures provided relief from food safety requirements, which in turn spurred investments in small-scale food production. Since 2008, cottage food sales have grown from $5 billion annually to an anticipated $20 billion in 2019.

Each  state has taken a different approach to cottage foods, but in general, each law provides:

More links and information will be added as it is gathered. 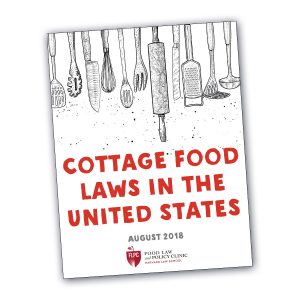 Let us know if you liked the post. That’s the only way we can improve.
Article Updated on July 12, 2019

Our showroom is open to the public, but please do call ahead. This helps us maintain proper social distancing within our facility.